One day, a teenage girl in a little town of Palestine was visited by a stranger in shining clothes. “Do not be afraid,” he said. “I bring you good news of great joy that will be for all the people.” And that encounter, recorded in Matthew and Luke, is forever memorialized in the Nativity stories we see in Christmas Cantatas. More importantly, God entered human history to bring to the world his long-awaited blessing of salvation. Invariably, this story has inspired many works of literature and songs of celebration, not least the timeless Christmas Carol, “Joy to the World.” Written by pastor and hymn writer Isaac Watts in 1719, this cheerful song is a Christological interpretation of God’s final solution to the curse of the fall (Gen. 3:17-18), echoed in Israel’s messianic hope in Psalms 96:11-12 and 98. Understood in light of what God was accomplishing, indeed, the birth of Christ was “good news of great joy for all the people.”
However “kwa ground,” things were very different.

At this time, the people of Israel are living in anticipation of political emancipation from what Zechariah sees as “the hand of all who hate us” (Luke 1:71). The socio-economic inequalities between the poor and hungry commoners, and the rich and mighty elites needed divine intervention (Luke 1:53). Hearing prophetess Anna’s testimony, one could say that the collective longing for the “redemption of Jerusalem” is personified by this long-suffering widow (Luke 2:38). At the end of Luke, we find two disciples retreating to Emmaus, in a conversation reflecting their disillusionment with Jesus, for “[they] had hoped that he was the one to who was going to redeem Israel” (24:21). But soon, this hope is restored after their eyes are opened: the risen Christ and Lord is right before them (24:31). In an ensuing crash course on Old Testament 101, Jesus helps them understand that his incarnation was not merely to achieve a national aspiration of emancipation, important as that was in a time of Roman oppression. No. Jesus had a much bigger, more inclusive mission: to bring the Abrahamic blessing of salvation to “all nations, beginning at Jerusalem” (Luke 2:30-31). This was truly a cause for rejoicing!

While the choirs of heaven praised God with their glorious melodies, the lowly Shepherds marveled and spread the news everywhere, and the Gentile Magi from the east worshipped and paid homage to the new born king, Herod himself “was disturbed, and all Jerusalem with him” (Matt. 2:7). But why? What was good news for the oppressed was a dangerous subversion, a “plague” of hope that threatened his illegitimate rule over Israel. Everyone knew he was not a true Davidic king; he was an ambitious puppet of Rome, bent on securing his own dynasty. His murderous campaign sought to stamp out any hope inspired by an alternative, rival king and kingdom. Unknown to him, the new born king was not interested in vying for president or governor in the next General Election; he didn’t need to. The time for the ultimate confrontation was not yet. In the meantime, Jesus had a greater mission of liberating the whole world from the grip of the curse of sin and evil, of which Herod’s regime was only a part. And he has invited us to be part of this great mission.

Or shall we rival him with our quest for personal kingdoms?

So, as animals lose their lives to garnish our festivities, let us not forget: Christ was born so he could lay down his life for us; for all people. Like Mary and Joseph, let us accept with courageous and obedient faith the honour of being channels of his blessing to the world. Like the Magi, let us unreservedly bow in worship and allegiance. Like Anna and Simeon, let us find consolation in him, as a foretaste of the ultimate fulfillment our hearts desire. And like the Shepherds, let us with a generous spirit and creativity spread the good news of God’s love everywhere. This is the real joy of Christmas. 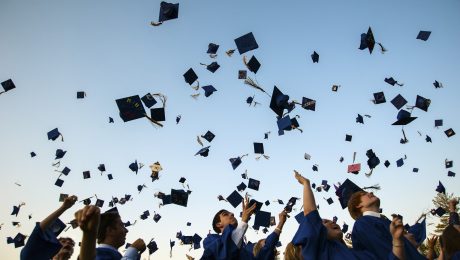 Transiting from campus is not very certain for most people these days. As final year students leave schools, they have a mixture of ambitions and anxieties. Interestingly, every person takes a path so different from their counterparts. Some find their way into jobs and internships that are high profile and pick pace swiftly in life. Others find a strong footing in ministry and missions work and have a tremendous impact on the lives of other people. Others find better to pursue further education immediately after graduating to increase their knowledge and become authorities in different fields of research. Lately, a rising number of graduates employ their skills, talents and their endowment to pursue businesses of various natures.

Several fresh graduates have unfortunately been frustrated by the systems. To their dismay, what looked like promises of hope have become sources of discouragements. The experiences range from retrenchment, broken promises, undermining conditions, overwhelming expectations, or many other things that can warrant frustrations. The result has been depressed fresh graduates who are vulnerable to irrational reactions.

The pressure of ‘making it’ has not been evitable for many. Unspoken expectations of the families and friends especially those who were the first to experience university can push one to think they have disappointed them. Some feel ashamed to go back to their community ’empty-handed’. They end up pushing themselves hard, to do some unlikely things to win the approval of the community.

To those whose faith is in the Lord, the experiences that add and remove money from one’s reach don’t define them. There are many stories of people participating in the greater needs of society, regardless of their positions. There have been personal and group initiatives to enrich the society by many fresh graduates like volunteering to teach, leading youth groups, forming Bible study groups and helping them run, helping to create professional groups or offer pro-bono services, and many other things. There are countless opportunities for fresh graduates to participate in the life enrichment of themselves and others.
We all have different narratives because God works in our lives differently. If you managed to secure a job either immediately or after a few months of search, you have enough you need for life at this time, we thank God for this gift. My appeal to you would be to reach out to one who is still tracing their path. You can pray for your friends, share job opportunities, go out of your way and host another or even send airtime to another. Consider having meetups to just find out how another is doing. Like James would say, when a brother or sister is without clothing or lacks enough food for each day, do what is necessary for them at that time. Don’t just tell them to go in peace and that the Lord would bless them.

Help others
Finally, whether you have settled in a well-paying job or are still navigating through the hustles of life, we bless the Lord for you because it is He who sustains us. Whether you are paying rent or still living with your parents, we thank God for putting a roof above you. In any situation you are in, take that leap of faith and praise God in the storm. Move-in with a trustable friend or an aunt, take risks and be open to opportunities. Go out and whatever your hands find to do, do it with all your heart and strength as if unto the Lord.
From the FOCUS Kenya family, we pray that you will fight the good fight of faith and take hold of the eternal life to which you were called to.

Can I Change the world? 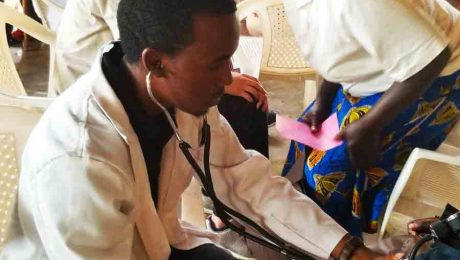 The Conviction and Call

I can still recall the voice of the Missions Director brother Calisto Odede, during Commission 88. I was the Kenyatta University Christian Union (KUCU) secretary during that year. I remember listening to him being convicted to avail myself to serve the Lord as He sends me. END_OF_DOCUMENT_TOKEN_TO_BE_REPLACED 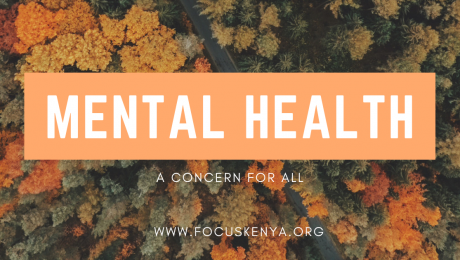 In contemporary African society, suicide was viewed as an offense and a sign of bad omen, a belief that could have been the reason why many people shied away from committing suicide. Those who were caught committing the offense faced dire consequences. This, however, is not the case today. Through civilization, modern education and western influence; the narrative has changed.  Such exposure among other factors has contributed to the high number of suicidal cases in society. END_OF_DOCUMENT_TOKEN_TO_BE_REPLACED