The thought of going to Norway had never crossed my mind and I had never desired to live abroad. When I started sensing the call to serve as a missionary in Norway coming, confusion set in my heart. In the midst of this anxiety I made a commitment to God that if He called me to serve Him this way, I would gladly follow. Eventually, a few weeks later, the call came knocking to my door. I said ‘yes’, even though without the understanding of what this kind of ministry engagement entailed. The song, ‘As the father has sent me so I send you to be a light and a salt to the nations’,  become my greatest encouragement and that the Lord would be with me all the way. I now look back and see the faithfulness of God.

The ministry work in Norway started with a one month of vocational training. Thereafter, for six months, in two schools under the Christian student organization in Norway called LAGET. The school comprised of 65 students from seven different countries as well as some Norwegians.

Meeting new people from diverse cultures and learning how to live together as a family was quite fascinating. We all had different ways of living, which perhaps formed most of our worldviews, and here we were now as one family. One of the most interesting things was how everyone worked hard to learn the language of the country they were to live in. To some, it took time before getting to learn just one word because of how different the language sounded from their native language.

Respect and appreciation of our different cultures, beliefs, and way of doing things was what held us together and helped us form long-lasting friendships. During this time, my listening and communication skills grew. I have now become more patient with people. In addition, I learnt more about Hinduism and Buddhism so as to appreciate and engage a few that held these beliefs.

While integrating into the Norwegian culture, I was intrigued by how efficient their systems worked. This became evident when we moved to another city where we were expected to do everything for ourselves. The language barrier become one of the hindrances not only to reaching out to the local people but to also getting around the Norwegian system. Google translate become our good friend and with Norwegian classes, we were able to sail through. In the Norwegian culture, faith is personal and not something that people openly talk about, hence it took time before engaging the matter with anyone. Being a relativist culture God helped me to learn new ways of sharing the gospel through my personal testimony of my walk with Him.

Apart from working with the Norwegian students, we also spent most of our time working with international students especially in mobilizing them for fellowships. I would say this was one of the hardest times for me as we could barely see any fruits in the ministry and it being the winter season made the times even harder. Despite the challenges, this experience created resilience and perseverance in me. My faith grew stronger and my conviction on ministry was greatly challenged. I got to learn that I did not have to see the fruits to keep doing God’s work, all He needed was for me to be faithful in His work.

Being in a multicultural context has stretched my mind to see things from a very different angle, to learn new things, and to believe more in something greater beyond the world. My cross-cultural communication skills have been greatly sharpened. Convictions on simplicity and contentment have been strengthened after being in a wealthy country where almost everyone owns everything, yet quite many are unhappy and not contented. Am grateful to go to God for this great opportunity to serve him in a different culture. 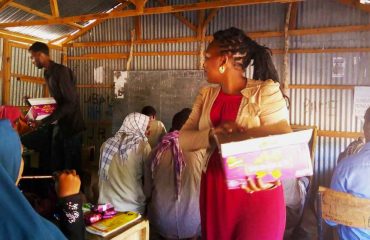 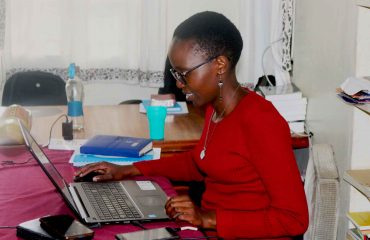