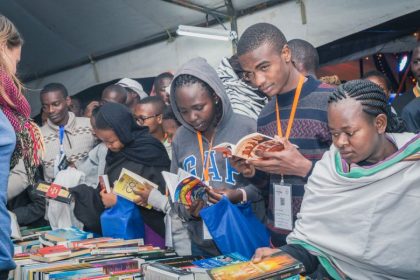 Joining the university, as exciting as it is, can be very draining especially if one has no one holding their hand. On one end there is the feeling of ‘rushing’ the days so that one finds themselves in this highest institution of learning in the world, while on the other, uncertainties arise of exactly how life is going to turn out; mixed emotions!
I always looked forward to the time I would join the university. “Hadn’t all my teachers in high school told me that I was a university material?” I would at times contemplate. Well, they exuded confidence, and I had to live up to that, at the very least. I toiled, prayed, carefully sat my exams and finally the results were out. Things seemed to have run pretty fast since it was not long before the Joint Admissions Board (J.A.B), now Kenya Universities and Colleges Central Placement Service (KUCCPS) notified me of my admission to the university. I was elated.

I could not picture how the experience would be for me; I was anxious. I had heard enough stories of people who had gone to the university and had gotten caught by its claws. Young ladies came back with children, not to mention younger men who got involved in drug abuse and alcoholism. Interestingly, one of my supervisors at my place of internship promised to reward me if I came back after four years still born again. Pressure from all directions, made me wonder whether I would really make it or I would add up to the statistics. I somewhat felt that this was up to me to decide.
In my very first week in the University, student representatives from clubs and association came wooing us to join them majorly for their financial gain. Due to my hunger to find my place, I registered with the university choir and some other clubs. In the midst of these was the Christian Union, entirely different and geared towards mentorship. It was through the first years’ orientation that I learnt the possibility of standing through the storms of life. During the service, a FOCUS Staff preached about living for God in a perverse generation. The sermon was so exciting that I had to wait for the second service to taste more of it. After all, the university was not as bad as some would purport. Besides, there were effective strategies employed by the Christian Union leadership and members; people given to mentorship and genuine love. During orientation and the weeks that followed, we were introduced to various ministries where we plugged in. Here we were safe and accountable to our seniors but above all to God.

As a first year, I was vulnerable given my lack of acquaintance with this new and challenging environment. Also, there was the need to settle smoothly and live victoriously as a Christian student. The Christian Union came in handy at a time when I needed such guidance and a sense of direction. I noted that there is a gap between personal ambitions and the challenging realities of campus life. One of which includes the campus community being infiltrated by many other religious groups, especially cults, splinter groups and ministries with a lot of questionable doctrines. First years need information to appreciate these realities. I was sensitized on them and got the grounding on sound doctrine. Finally, I was guided on the need to grow spiritually as a new believer.
The new environment comes with lots of freedom and liberalism which pose a threat to any Christian student who is dedicated to living for God.

That is why I am forever grateful for the orientation I received on joining the university by the Christian Union. I have been able to stand and stay rooted in my faith as I built on it. I would strongly encourage every prospective student to plug in.
I would encourage every first-year student to participate in the Anza Fyt Program which seeks to integrate the freshmen and women into campus life, focusing on significant life aspects; Social, Economic, Academic and most of all Spiritual aspects. It might make the whole difference in equipping for effective and productive campus life.

By a FOCUS Associate who graduated in 2015

What I wasn’t told when joining Campus