Why Should a Kenyan Citizen Vote?

Why Should a Kenyan Citizen Vote? 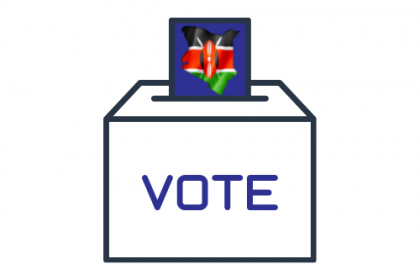 In any electioneering year, political conversations are more heightened and heated. Some people, like the youth who are very disappointed by the political leadership in the country and they have decided not to vote again. While the frustration and disillusionment are understandable, each of us has a responsibility as citizens of this country to vote for our leaders.

Government is about influence, administration, and distribution of resources. The need for a stable and efficient government is the reason Christians need to participate in choosing the right people and seek opportunities to be in government and engage in a way that is consistent with its God-ordained purpose.

The Bible contains numerous examples of God’s people engaging in politics as part of a holistic approach to ministry that meets both spiritual and socio-economic needs which are examples that today’s Christians need to follow.

If we convince ourselves that politics only deals with a narrow subset of clashing politicians, and thus choose to withdraw, the society—and our neighbors—will be worse of. Political decisions made by politicians determine the priorities of our nation and affect our lives from our food on the table to the oil prices, to public debts, to our access to health, education, and infrastructure.

An election is a cycle involving processes that occur before and after the elections. One of the critical aspects of the electoral cycle is joining a political party as a member and participating in the nomination process. This critical step, though overlooked, is where the leaders who are finally on the ballot papers have a chance of winning in the general election. This makes the process very fundamental because if good leaders don’t get through the nomination process it means we lose them on the ballot box. The nature of politics is that it is easier to vie and win while vying under a political party than as an independent candidate.

Kenya is a ‘democracy’ meaning that every citizen has a right to participate in the voting process which leads to regime change. Refraining from the electoral process does not consider the civic responsibility Christians have to steward the blessings and opportunities entrusted to them. Christians living in a democratic republic should seek to vote in a way that honors God and advances the wellbeing of their neighbor/nation (Watson, 2014).

The Bible teaches that God appoints governments. In Romans 13:1-7, Paul describes the governing authorities as “ministers of God” and says they are responsible for administering civil justice. God in His sovereignty, uses human governments to carry out his will in the civil sphere. Voting is an exercise in delegating God-ordained authority, when Christians vote, they are delegating their ruling authority to others.

By voting, Christians are entrusting their “sword-bearing” responsibility to officials who will govern on their behalf. Failure to vote is failure to exercise God-given authority. Given the unavoidable role of politics and the direct, real-world impact that government decisions have on people’s lives, downplaying the responsibility to vote amounts to a failure in Christian discipleship (Closson, 2020). As God spoke to the Israelites about Babylon (where they were in exile) in Jeremiah 29:7 that they seek the welfare of the city, pray to the Lord on its behalf for in its welfare they too would find their welfare. We have a responsibility to make Kenya a better nation.

For believers who think that voting and engaging in the political processes is a waste of time, be assured that avoiding politics is a tacit endorsement of the status quo, which might include perpetuating flagrant injustice.  A few examples will explain what not voting or not taking action means.

If the gospel has implications for all areas of life, including politics, should not the Church and para-church organizations strive to ensure their members are equipped, and sufficiently informed to faithfully engage in the public square? Voting is a matter of stewardship, and Christians should be encouraged and equipped to steward their vote in a way that honors God and expresses their love for their neighbors.

Christian leaders must help their people make the connection between biblical principles and political responsibilities. In other words, it is not enough to pray for candidates and speak on a handful of issues when there is the ability to do more. In Genesis 3 a world plagued by sin, Christians are called to reverse the corroding effects of the fall wherever they exist. Our decision to cast an informed vote is an attempt to do just that (Closson, 2020). You fight corruption by having people who believe in integrity and will not foster corruption.

Withdrawal and complacency is not the answer to the struggles we have as a nation, we must engage biblically to truly become the light and the salt of the world, as God intended. This requires that we be prepared to grapple with the moral issues of our day, the reality of our party system (not based on ideologies or philosophy but election vehicles), and the nature of Kenyan politics. The Bible doesn’t clearly say which party we should join or which candidate we should support/vote for but He uses the Scripture to help us build convictions that should help us make informed decisions (Park, 2020).

Where are the Nehemiah’s who will see the opportunity in these elections to rebuild Kenya by voting the right people in political leadership? As a Christian Kenyan citizen, make an intentional decision to engage in the whole electoral process; register as a voter, join a political party, participate in the nomination process, volunteer or support (morally and financially) a candidate of your choice, work for/with IEBC and vote for your candidate because that is good stewardship of our civic responsibility.

3 Comments to “ Why Should a Kenyan Citizen Vote?”