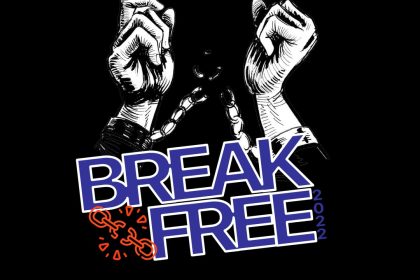 Back against the wall

The first time I ever heard of “back against the wall” was from the Made a Way song by Travis Greene. Until recently, I decided to google it up and found that it means ‘to have very serious problems that limit the ways in which you can act’. This is a common phrase among athletes. Normally, it depicts the experience of extreme exhaustion due to depleted glycogen reserves in the liver and muscles – hitting the wall.

Many believers feel similar spiritually, especially after praying for deliverance from besetting sins – sexual sin being the major one. Sometimes one may feel like a drunk man, having consumed illicit brew after a long day’s work, can barely get home because he makes three steps ahead and makes two backward if not five. Do not give up yet, even when doing so seems to be the best discovery of your time. Let us see why.

Purity is a requirement by God in the life of a believer. Right from the Old Testament, God required his people to be holy, set apart for himself (Lev. 11:44-45). The New Testament echoes this as the distinguishing hallmark of those who are God’s covenant people (1 pet. 2:9-11). As Paul exhorted Timothy, purity is a non-negotiable requirement of those who would serve God as vessels of noble purposes (2 Tim. 2:20-22). Ultimately, heaven is described as a holy city, in which there will be no room for impurity of any kind (Rev.21:27). It is particularly interesting to observe in Rev. 22:14-15 that among others, the ‘dogs’, sorcerers, murderers and idolaters will be locked out of heaven!

J.C. Ryle aptly put his classic book Holiness, “True Christianity is a struggle, a fight, and a warfare. . . . Where there is grace there will be conflict. The believer is a soldier. There is no holiness without a warfare. Saved souls will always be found to have fought a fight.” Sexual sin is a struggle, waging war against the believer, typical of 1 Peter 2:11 where the devil is characterized as a roaring lion seeking who to devour. There is a character believers like quoting, more than conquerors. We, myself included, do not think for a moment about what needs to be conquered. Among the many things, sexual sin is one of them. As we pursue, it’s a direction and commitment to the Lord that we are making and the Lord is willing and able to grant us his grace that makes us respond in holiness by saying NO to all sin and ungodliness.

Brian Hedges argues that “this reality is not an excuse for laziness, but a summon to sober-minded watchfulness. But it is also a humbling reminder that we’re still waiting for final redemption and need the help of others in the good fight of faith.”

C.S. Lewis said, “The smallest, good act today is the capture of a strategic point from which, a few months later, you may be able to go on to victories you never dreamed of. An apparently trivial indulgence in lust or anger today is the loss of a ridge or railway line or bridgehead from which the enemy may launch an attack otherwise impossible.” Put differently, choices matter. If I consistently choose to give in, there is no way to serve my overcoming…including waiting for a holy moment to repent or indulge so that I can make a wholesome prayer.

It is possible to give up on the idea that sexual purity as young people in the 21st century is really possible! Especially in such an environment, where we are daily exposed to influences that defile the mind. Yet, Christ has called us into this holistic context, to be the “salt of the earth” and the “light of the world. ” It means we are supposed to “abstain from sinful desires, which wage war against your soul” (1 Peter 2:11). This, for sure, is a tough call! It is a call to live out the mandate to bring godliness into the world through our daily lifestyle and practices, particularly in honoring God through a firm commitment to sexual and moral purity. 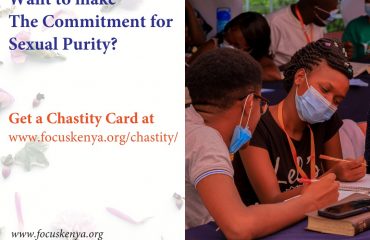 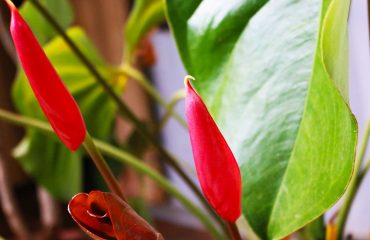 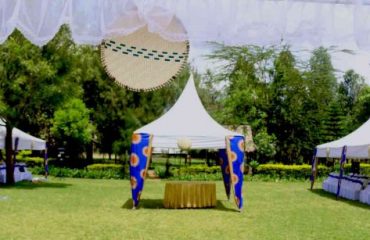